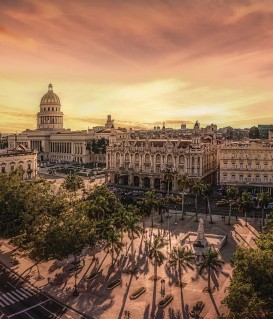 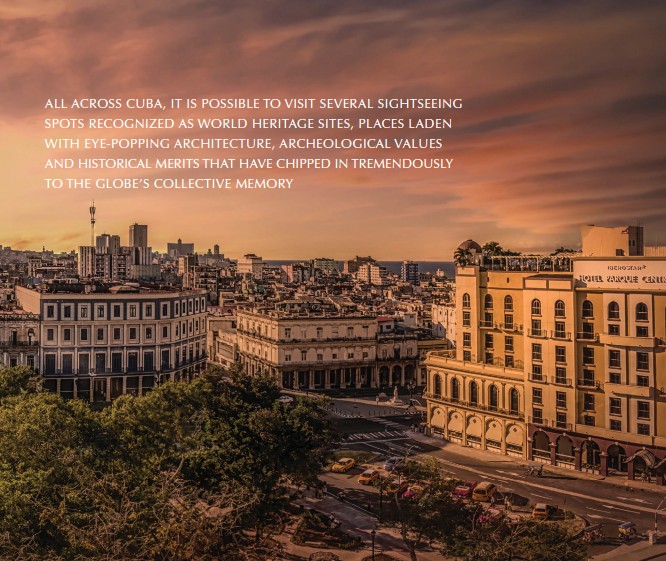 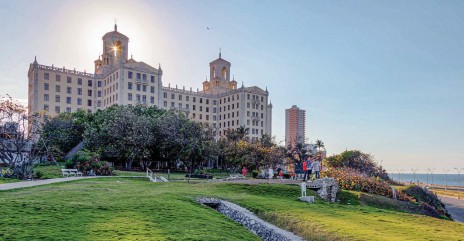 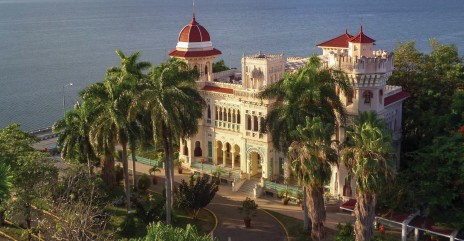 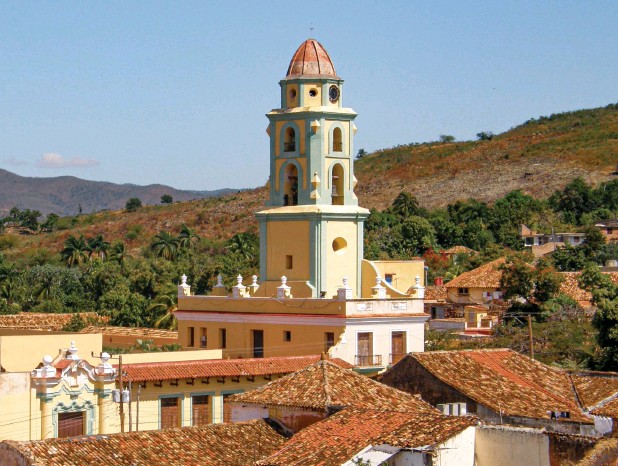 Baroque-, the Museum of Colonial Art; or the Convent of St. Francis of Assisi and the neighboring building of the Lonja del Comercio, among many others. The city boasts true landmarks in what used to be known as the "Muralla" (Wall Division) -a transit point between Old Havana and Central Havana-, which was formed as an elongated quadrilateral from the coast, at the foot of the Castillo de la Punta, to the old Plaza de Marte, today shared by the American Fraternity Park and the majestic Capitol. It is the environment of a Frenchified Havana that became fashionable in the early 20th century, leaving for future generations an elegant architectural ensemble in which the Paseo del Prado, the Avenida de las Misiones, the current Museum of the Revolution, the Gran Teatro de La Habana Alicia Alonso, the Hotel Sevilla, the Hotel Plaza and the Bacardi building are also worth mentioning. Any traditional city tour around Havana will not rule out the routes www.revistasexcelencias.com down the famous Malecon, the Plaza de la Revolucion and the elegant neighborhoods of Vedado and Miramar, which offer much to see to any visitor. This is what scholars call the city's Modern Heritage, including the Hotel Nacional de Cuba, the Coppelia ice cream parlor and public spaces such as G Street -Avenida de los Presidentes, which is a statutory artery-; Paseo Street and, further west, the luxurious Fifth Avenue and the internationally famous Tropicana cabaret, among others. However, all this is nothing more than the most hackneyed tourist appetizers in a city that constitutes a universe of 15 municipalities, with over two million inhabitants and 120 square miles of urbanization, which is enough for the neophyte visitor who decides to make their own offthe-beaten-track routes, without pre-established itineraries or preset schedules, letting themselves get carried away by their own impulses, which is the best way to get to know Havana. A CIRCUIT OF HERITAGE CITIES IN CENTRAL CUBA It is beginning to be treated as a curiosity, and in fact it is, that in a relatively small circle in the center of Cuba there are three of the nine World Cultural Heritage Sites this country boasts. They are Trinidad and its neighboring Valle de los Ingenios, as well as the historic centers of Cienfuegos and Camagüey. They are cities with a long tourist tradition and infrastructure to make a stay without any inconvenience. The three are different from each other, which provides more interest to a tour that, to be more complete, should not exclude two other points, such as Sancti Spíritus and Remedios, cities National Monuments. Outstanding sites in Cienfuegos are the Prado and Martí Park, with the Tomás Terry Theater, the Cathedral of the Immaculate Conception, the Ferrer Palace and a Caribbean replica of the Arc de Triomphe, as well as the beautiful peninsula of Punta Gorda that offers the landscape of an immense, clean, uncontaminated and luminous bay through an avenue flanked by small palaces with a golden closure: Hotel Jagua and the unique Palacio de Valle, almost unbelievable Mudejar luxury at such a distance from the Alhambra in Granada. For its part, Trinidad is perhaps the most relevant and media-hyped icon of Cuba's colonial cities. Its streets are still made of cobblestones and the houses built between the 18th and 19th centuries are still home to most of the families and residents of this ancient town, trapped between the mountains of the Guamuaya Mountain Range and the Caribbean Sea. Do not miss out on the Plaza Mayor and the surrounding buildings -a genuine jewel-, the Palacio Cantero and, above all, stroll through its streets and craft markets, admiring the Trinitarian windows, the houses of thick walls of mortar and adobe painted with pastel colors that were built for eternity. On the outskirts, like a great open-air archaeological sugar hall, is the Valle de los Ingenios, famous for its Torre de Manaca Iznaga, also a World Cultural Heritage Site. On the way to the north, first Sancti Spíritus will appear, capital of the province of the same name and where the access from Trinidad is saved through the bridge of Yayabo, the only one of vaulted arches in the purest European medieval style that exists in all Cuba. Of special interest are: the Parroquial Mayor, an important exponent of religious architecture of the 17th century, as well as the nearby Parque Serafín Sánchez, in the historic center. Moving eastward, you reach the city of Camagüey, about 263 km away, recognized by UNESCO in 2008 as Cultural Heritage of Humanity, with merits and great endorsement. The passage of centuries is immediately perceived and the most admirable thing for any visitor is a huge set of places to see, squares to spend some time, people to talk to, eighteenthcentury and nineteenth-century churches, convoluted and crowded streets, which at any time of the day have a shady side and that is the