Zigzagging streets, adapted to the irregular relief on which it sits, characterize the cheerful Santiago, whe 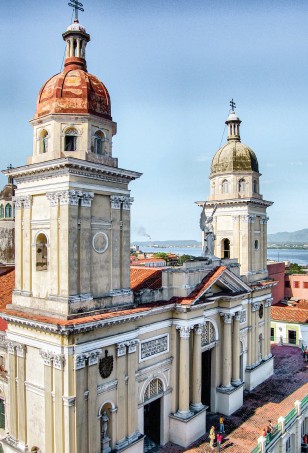 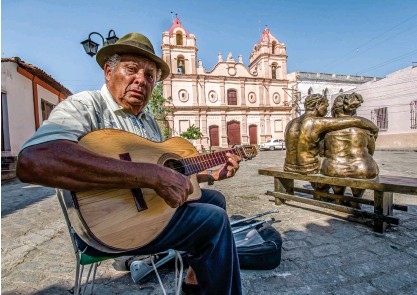 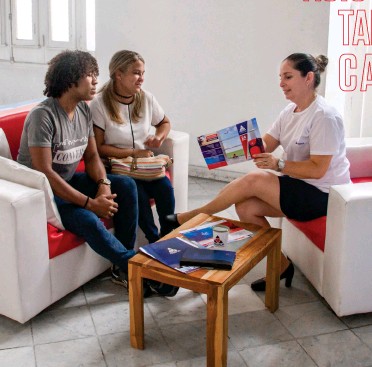 path where all itineraries are made, in the hot summer months. There is no need for guides, nor notions of architecture, nor great knowledge: Camagüey is unique and unrepeatable and the undeniable synthesis of that statement is found in the Plaza San Juan de Dios, one of the most original and best preserved colonial complexes in Latin America. STUNNING HISTORIC AND SCENERY VALUES The first thing for the eyes in eastern Cuba are the mountains and for the senses, the hospitality of its people. In this region, Santiago de Cuba deserves a special visit. It is considered the second capital of the country and its most Caribbean city: it is in the south, on the edge of a gigantic pocket bay flooded by the Caribbean Sea, which also bathes the beaches of the territory, in the World Biosphere Reserve, Baconao Park. Its San Pedro de la Roca Castle - a World Heritage Site since 1997 - and the Archeological Landscape of the First Coffee Plantations in Southeastern Cuba are of exceptional historical and scenic value. Zigzagging streets, adapted to the irregular relief on which it sits, characterize the cheerful Santiago, where there are very attractive sites such as the Céspedes Park, the house of Diego Velázquez, the City Hall, the Metropolitan Cathedral, the Bacardi Museum, the oldest in Cuba; the Casa de la Trova on Heredia Street, or the Balcony of Velázquez, a fortified esplanade with batteries on the crest of a hill that formerly served to watch over the bay from the very heart of the village. A trip to Cuba's Villa Primada, the city of Baracoa -founded by Diego Velázquez around 1511- is the golden culmination of an itinerary through Cuba's heritage cities. Its landscapes, its fortresses, the image of the blue Atlantic and the mountains carpeted with forests and coconut trees, the simple and hospitable people, the local culture that is one of the most genuine, save very pleasant moments. El Yunque, a flat-topped mountain that can be distinguished from any point and La Cruz de la Parra -the only one preserved of the 29 with which the Spaniards testified the arrival of the Gospel to the new World and that today is kept with great zeal in the Church of Our Lady of the Assumption of Baracoa-, are the great local symbols. Ambulatory Emergency: Assistance that does not require hospitalization in a medical facility, and the client may be under observation for up to 12 hours. Hospital Emergencies: Those in which the client requires hospitalization in a medical facility for more than 12 hours. Sanitary Repatriations: Requires the evacuation of the client on commercial flights or air ambulances, once approved by the insurance or assistance company. Funeral Repatriation: Coordination is made for the repatriation of the remains of foreigners deceased in Cuba and Cubans who die abroad. Financial Assistance: Requires the delivery of cash to foreign persons in Cuba, after transfer of money made by natural persons or institutions, from abroad, to an ASISTUR account. Other Assistance: Legalization of Documents, Baggage Loss, Reimbursements always at the request of the company.