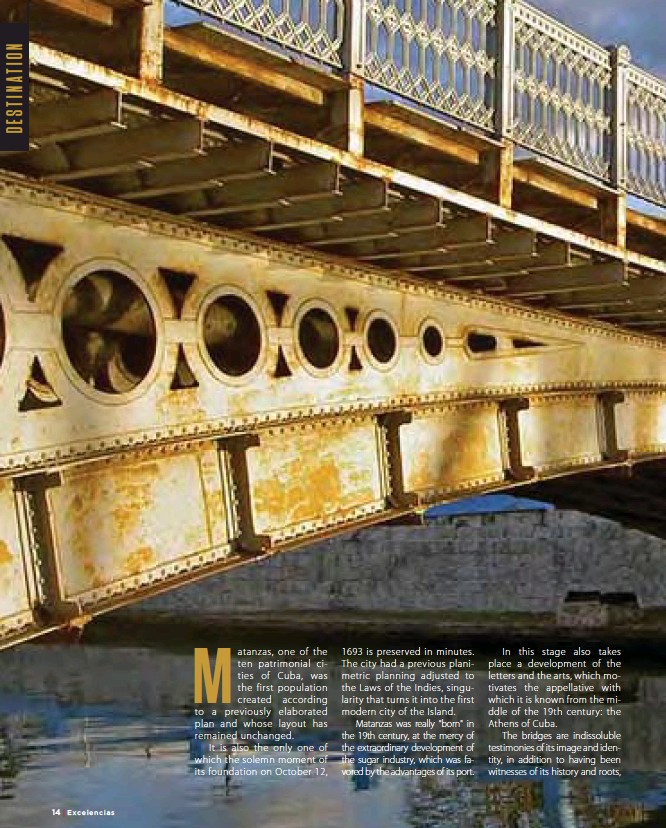 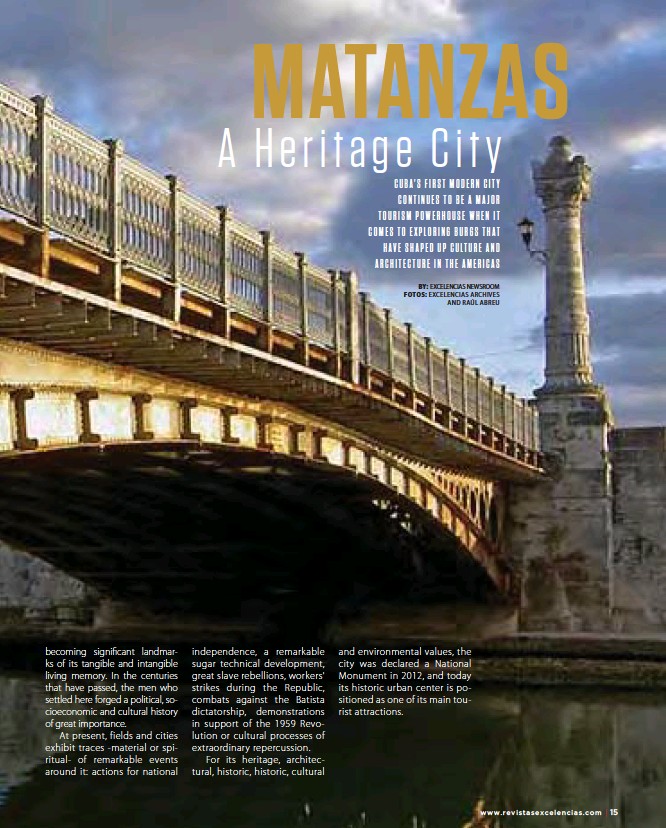 Matanzas, one of the ten patrimonial cities of Cuba, was the first population created according to a previously elaborated plan and whose layout has remained unchanged. It is also the only one of which the solemn moment of its foundation on October 12, 1693 is preserved in minutes. The city had a previous planimetric planning adjusted to the Laws of the Indies, singularity that turns it into the first modern city of the Island. Matanzas was really "born" in the 19th century, at the mercy of the extraordinary development of the sugar industry, which was favored by the advantages of its port. In this stage also takes place a development of the letters and the arts, which motivates the appellative with which it is known from the middle of the 19th century: the Athens of Cuba. The bridges are indissoluble testimonies of its image and identity, in addition to having been witnesses of its history and roots, becoming significant landmarks of its tangible and intangible living memory. In the centuries that have passed, the men who settled here forged a political, socioeconomic and cultural history of great importance. At present, fields and cities exhibit traces -material or spiritualof remarkable events around it: actions for national independence, a remarkable sugar technical development, great slave rebellions, workers' strikes during the Republic, combats against the Batista dictatorship, demonstrations in support of the 1959 Revolution or cultural processes of extraordinary repercussion. For its heritage, architectural, historic, historic, cultural and environmental values, the city was declared a National Monument in 2012, and today its historic urban center is positioned as one of its main tourist attractions.